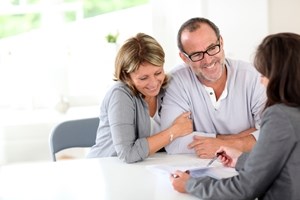 Since the recession, alternative financial services have become a more crucial component of the overall economy, especially as these products have helped entrepreneurs gain access to critical credit in a timely fashion. Small business lending is one of the best indicators of the national financial situation because these firms are responsible for the majority of new hires and gross domestic product in the United States.

Crowdfunding has emerged as one of the more popular types of alternative lending in the past several years, especially as popular social media channels and other websites have facilitated better communication between financiers and borrowers. Now, small business owners have a wider variety of options to choose from than ever before, which illustrates the importance of diligently researching all potential sources prior to making a final decision.

Bloomberg Businessweek recently reported that many startup firms have been reliant on alternative sources of credit, especially crowdfunding. Several studies indicate that alternative lenders have stronger approval ratings, and get the needed credit to the applicant in a more timely fashion than traditional banks and credit unions.

According to the source, alternative loans have often been cited as most useful for short term, immediate working capital needs. This is especially because of the traditionally high interest rates on these loans, as well as shorter repayment plans than credit coming from larger financial institutions and smaller banks.

However, the news provider explained that trends in the alternative lending market are setting the stage for better products, and many of the newest resources are capable of competing with traditional loan terms and agreements. For example, several peer-to-peer lending platforms are making it easier for small business owners to get loans quickly and use them to grow their businesses, rather than simply fulfilling short term goals.

The number of web-based alternative lenders, especially those which take part in crowdfunding efforts, continues to rise as time goes on, while firms that have been in this business are expanding to meet entrepreneurial demands. All of these trends in alternative financial services markets are combining to keep small business owners afloat and allowing the nation's biggest job creators to expand operations.

Technology partly to thank
Last month, Fox Business reported that alternative lenders have increasingly turned to the most advanced technology on the market to improve approval ratings for small business loans. Though traditional financial institutions are beginning to take the same approach, alternative financial service providers have appeared to optimize the process.

This shows in approval rating reports, as the news provider cited the Biz2Credit Small Business Lending Index that shows alternative lenders have remained far above all other types of financiers with respect to application green lights, which continue to be above 60 percent.