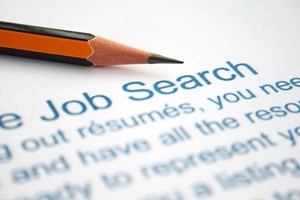 When conducting background screening, it's pivotal for companies to adhere to the standards outlined in the Fair Credit Reporting Act (FCRA) to avoid legal action. Joshua Linsk, owner of Filiquarian Publishing and Choice Level recently found himself in the middle of a consent agreement ruling after he violated the FCRA, according to The Background Investigator.

The Federal Trade Commission (FTC) settled charges against Linsk and his companies. However, under the consent agreement, future missteps could cost him as much as $16,000 in civil penalties for each violation.

The Federal Register stated that the FCRA violations resulted from the sale of apps that were developed and marketed by Filiquarian Publishing which gave users an unlimited number of criminal background searches in a given region. Choice Level helped provide the consumer records used to create the reports. Although both Filiquarian Publishing and Choice Level posted disclaimers in their terms and agreements saying the criminal reports did not comply with FCRA standards, their marketing strategy allegedly advocated that the records could be used in employment screening.

Simply drafting such a disclaimer does not provide legal protection if advertising contradicts the statement, according to FTC standards. Whenever consumer credit reports or criminal history records are used in background screening, FCRA standards must be met, without exception.

Among the violations Filiquarian Publishing and Choice Lever committed were a failure to ensure the information they sold was accurate, neglecting to notify the users of the data that they must follow FCRA guidelines and not ensuring the documents they sold were used in a legal manner.

Consumer credit data and criminal histories can be used in some employment screens, however, it can be a process riddled with potential legal stumbling blocks. The best way for businesses to go about these investigations might be to contract an outside entity to conduct background checks.