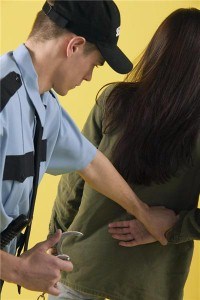 Government workers all over the country are tasked with handling sensitive information and sometimes with sending out cash refunds to those who have qualified for them. Because these people are dealing with valuable items, many must go through a tough vetting process before being hired. But in some cases workers have slipped through the cracks, based on the fact that they are hired on a temporary basis. One of the most recent cases in which a worker was hired despite a criminal background check happened in Georgia. WSB-TV reports that five women in Dekalb County were recently indicted by a grand jury, accused of being involved in a scheme to steal tax refund checks being sent out by the Georgia Department of Revenue. The ringleader was former temporary employee Lisa Darden, who was given the position despite the fact that she had a number of criminal convictions on her record. Darden is accused of stealing 27 refund checks worth more than $100,000 from both residents and businesses waiting on the money to be sent. The county hired 70 temporary workers during the busy time through a staffing company, which claims to do complete background screenings on its workers. However, according to an investigation by WSB-TV, a background check on Darden through DeKalb County's website revealed that she had previously plead guilty to forgery and theft and is currently on probation. District Attorney General Robert James, the lead prosecutor in the case, said that the temporary worker had been put in an important position and that the her past should have been investigated more thoroughly before she was hired. "It's essential that they're honest and that they have clean backgrounds because they're handling our money," said James in an interview with the news outlet. He added that many of those affected were depending on the refunds to help handle necessary expenses and would now have to wait for the money coming to them. It's not just public employees who have been charged with stealing checks recently. WPTV-TV reports that 56-year-old Celestino Cruz was arrested by police in Wellington, Florida, after it was discovered that he had stolen more than $30,000 using forged checks. When confronted by police, Cruz said that he had been using the money to pay for his children's tuition.
Background Screening