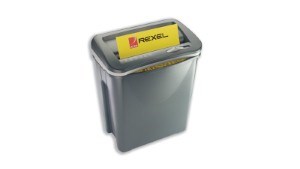 According to the Federal Deposit Insurance Corporation, around 60 million Americans were unbanked or underbanked in 2009, Reuters reports. Due to stricter banking policies that cut into banks' revenue, that number has likely increased in the two years since, as financial institutions began removing free checking services. The news source notes that large banks such as Bank of America, Citigroup, JPMorgan Chase, Wells Fargo, PNC Financial and Suntrust have all started charging fees to open checking accounts, hindering the ability of those on a tight budget to afford such a luxury. Credit unions (CUs) have stepped up to the plate in response, offering alternatives for individuals who would typically turn to short-term financing solutions like short term lenders and pay exorbitant interest rates. According to the National Credit Union Administration, credit union loan demand increased by 52 percent during the second quarter of 2011. "We want consumers to know they can fight back against big banks by saying 'no' to more fees," Bill Cheney, chief executive of the Credit Union National Association, said in a statement quoted by the news source. "They should give credit unions a close look." One CU is offering to pay for people to destroy their bank cards. Livonia, Michigan-based Co-Op Services Credit Union recently launched the "Shred My Card" campaign to protest Bank of America's new $5 monthly debit card fee. "Our credit union has always avoided the crazy bank fees," said Lisa Fawcett, marketing director of Co-Op Services. "We stand with America in their outrage of this latest round of excessive fees." Co-Op's program prompts bank card users to take their debit cards to any Co-Op location, open a free checking account with direct deposit and shred their old cards. New members will receive $105 for the act. The CU is also offering users the ability to discuss their disdain toward banks by opening up its homepage for comments. CUs are also looking to tap into the struggling small business lending market, lobbying to increase lending caps to provide more companies with startup capital. Some alternative financial services firms are also considering going public, as investors would likely find such companies to be highly profitable. Greenville, South Carolina-based specialty finance company Regional Management Corporation and Dublin, Ohio-based Community Choice Financial both recently announced their plans to sell through public offerings. The Wall Street Journal reports that the latter has up to $230 million in estimated stock value.
Short Term Financing