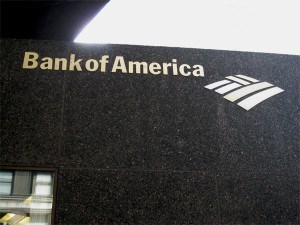 Created in response to Bank of America's $5 debit charge fee, Bank Transfer Day was launched last week to urge bank customers to close their accounts and open new ones at credit unions (CUs), the Associated Press reports. Currently, the movement has around 80,000 Facebook fans, with a strong point to make on the page to potential followers. "If we shift our funds from the for-profit banking institutions in favor of not-for-profit credit unions ... we will send a clear message that conscious consumers won't support companies with unethical business practices," the page states. Movement founder Kristen Christian, a small business owner from Los Angeles, has already opened accounts at two CUs and has cut ties with BoA. She's clearly not the only one - the news source adds that Navy Federal Credit Union, the largest CU in the country, saw a 38 percent increase in account openings in September and October compared to last year. According to Northfield, Illinois, Patch, joining a credit union came with fairly strict requirements in the past, as people usually became members of unions affiliated with their place of employment, trade or community group. However, CUs now have community charters, allowing them to serve people in any geographic region.
Short Term Financing