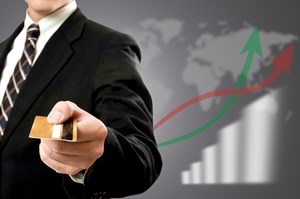 Credit risk management has been a difficult task in recent years, especially as the nation's financial situation continues to fluctuate between healthy and lackluster. Companies should consider using the most advanced and proven tactics to ensure that all decisions related to lending, sales and purchases are made in an accurate and profit-driving fashion.

Accounting Web recently reported that the private sector's level of credit risk seems to be improving in the United States, as better performances and decreased delinquent loan rates became more commonplace in 2012. The source cited a study from Sageworks Inc., a financial information company that used analytical software and predictive statistical models to find the average private company-owned debt through December 2012.

The research revealed that in 2011, outstanding loans considered in default were at 4.51 percent, whereas this figure decreased in 2012 to 4.4 percent at year's end. The source added that other data indicates the private sector enjoyed 7.4 percent higher sales in 2012 than the year prior, while profit margins improved by 8 percent in the same period.

"The average probability of default we are showing for private companies in our database is consistent with the sales performance and profitability we've reported for those companies," Sageworks analyst Libby Bierman explained, according to Accounting Web. "Their revenues and profit margins continue to increase, though maybe not at the high rates we saw after the recession and in 2011."

While these statistics seem to indicate a return to normalcy and economic wellness, they do not prove that the nation is out of the woods quite yet. The economic recovery has been difficult and slow-moving, as several other global issues remain and continue to put strain on the private sector.

Businesses that do not feel entirely confident with their credit risk management practices should consider hiring a firm that specializes in the activities to ensure the most sound decision making.