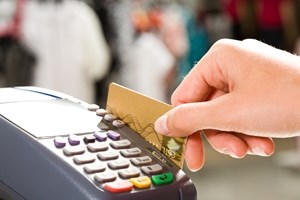 Eleven states could join the group of 10 who have already made credit card surcharges illegal for merchants to apply. However, several national retailers are claiming that the consumer credit protection laws being discussed are not applicable to most storefronts as businesses are passing on the offer to charge customers extra for using electronic payment options.

Officials fear surcharges will cause hardship

LowCards reports big-box retailers, department stores and national food chains made it clear this month that they don't plan to make money from customer card swipes. Currently, companies in 40 states are allowed to profit from card swipes, according to NBC News. The source says lawmakers are concerned that if organizations decide to add surcharges to all transactions, consumers will suffer financially without even realizing the hit they are taking on purchases. Vincent Prieto, an assemblyman representing New Jersey, said the additional percentages tacked onto payments are sure to add a burden for consumers.

"The amount of the surcharge may seem miniscule on paper, but in the family budget 1.5 to 3 percent could add up to a shorter grocery list or less to spend on gas," Prieto said in a statement.

According to LowCards​' findings, the government official's worries should be put at ease. In the words of the National Retail Federation's (NRF) vice president J. Craig Sherman: "Merchants have no desire to surcharge and no plans to surcharge."

Businesses reflect consumers' best interests
Why aren't retailers jumping on this opportunity to make alternative credit profits if such practices are legal? LowCards suggests that applying surcharges to customer purchases would compromise their competitive edge in a market that makes such action optional. This implies consumers would pay attention to the credit data processing practices of the businesses they buy from, which goes against Prieto's assumptions.

Mallory Duncan, NRF senior vice president, told NBC News that government officials are not using resources well by fussing over the legality of retail surcharges, and justice would be better served if they focused energy on the relationship between businesses and the credit card processing companies with which they work.

"It's a waste of the legislative process," she said. "They could take steps to bring greater competition into the marketplace by prohibiting the price fixing of the hidden swipe fees merchants pay to process credit card transactions."

Major consumer credit data companies have required retailers to inform customers of surcharges applied in the use of credit, debit and ACH cards with signs at their doors, NBC News reports.