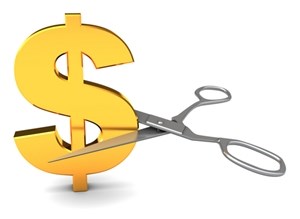 As many Americans know, it can be difficult to manage a credit card. For some people, the temptation of having access to buying power beyond their current means is too great, and for them, having these payment methods at their disposal can quickly lead to damage on their consumer credit reports. Especially in the wake of the recession, consumers have been focusing more of their attention on how to spend their money wisely and avoid economic hardship, and according to new reports, it seems that these efforts have been somewhat successful.

A recent analysis by TransUnion found that many shoppers had a positive first quarter this year in terms of their debt situations. The firm found that year-over-year, the national credit card delinquency rate fell from 0.73 percent in Q1 2012 to 0.69 percent in Q1 2013. Improvements were even more marked when comparing Q1's delinquency rates to those seen at the end of last year, at which time they'd stood at 0.85 percent.

However, TransUnion was careful to note that often, the first quarter of the year is a period when consumers attempt to square away some of their debts. This is still a positive sign.

"We traditionally see credit card delinquencies and balances decline during the first three months of the year as many people pay down their holiday shopping balances," said Ezra Becker, vice president of research and consulting in TransUnion's financial services business unit. "In addition to the seasonal quarter-over-quarter drop, the year-over year improvement in credit card delinquencies is indicative of how consumers continue to value their credit card relationships."

The agency also pointed out that results were strong across the nation, with only 12 of the 50 states experiencing year-over-year rises in delinquency rates. The four states that can boast the lowest rates included South Dakota, North Dakota and Montana, all of which recorded a rate of 0.43 percent.

Additional trends
The trends identified by TransUnion as driving down credit card debt are not the only factors influencing Americans to avoid certain financial hardships. According to the the Los Angeles Times, other research is beginning to show that young consumers are taking the need for fiscal responsibility to heart. The source noted that in a Pew Research Center study, more young households carried no credit card in 2010 than in 2001, and even those with debt carried lower balances. In fact, affected households owed a median amount of less than $1,700, down from $2,500 in 2001.

In speaking with Millenials, people currently ranging from their teens to early 30s, the news provider discovered that individuals of this age were sobered by seeing the negative effects credit card debt can have on one's consumer credit report. After all, many watched their parents experience these problems and were acutely aware of the borrowing issues that led to the "bust cycle" that was the recession.

Tim Ratliff, an Ohio State University student, told the Los Angeles Times that he doesn't have a credit card because he has heard from others how heavy the weight of having debt can become. He explained that when people use these payment methods, they often feel that their financial situations may be stronger than they are. This sense of having more money than is actually true can lead consumers to overspend.

For lenders and merchants, it's important to recognize these trends. As more people avoid traditional methods of building credit, they will likely still need ways to prove their reliability, including when buying homes, cars and more. If suitable methods of building up an alternative credit report are available, it is likely this thriftier generation will jump on board. For instance, using indicators such as timely payments on rent or bills, Millenials can eschew mainstream methods of building credit and still have access to necessary resources.