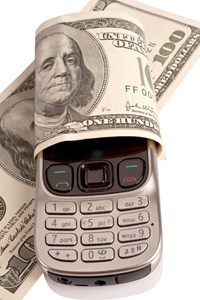 Information and Communications Technology (ICT) has become a topic of interest for financial organizations studying Africa, according to The Voice of America (VOA). The source claims that mobile phones are more prominent on the continent in terms of innovations than any other resource today.

?Samia Melhem, regional coordinator for information and communications technologies at the World Bank, says ICT provides a chance for the country's citizens to get plugged into the global community.

"More people have access to internet today in Africa than they do to clean water, or even sanitation," she said. "So we can say this has been the most significant revolution in terms of changing the African landscape and how people live their daily life."

The VOA's report comes at the same time as Juniper Research's announcement that they believe mobile banking will boom in activity worldwide over the next four years, reaching 1 billion users by 2017. The firm says most existing banks are customizing one or more applications, penetrating both the cellular phone and tablet market while continuing to offer site-based services. Most users, according to Juniper, find the ability to bank on-the-go appealing.

In terms of the studies conducted in Africa though, it is not so much convenience and trendiness but necessity that have people signing up for mobile banking avenues. Consumers who have always lacked the funds to start a bank account can use micro-finance platforms where the required deposit is as little as a dollar.

“People in the West don't understand it, because most people have bank accounts and they have credit cards," Melhem says. "[Mobile banking] is the instantaneous acquisition of cash at a much lower cost."

The American way
The Napa Valley Register reports that in the United States, an average of $2,000 is spent annually on tasks account holders take for granted by those who cannot afford the luxury, like cashing checks and transferring funds. Cope Family Center's economic success program manager Michelle Laymon argues such funds are wasted when they could better be put towards workers' medical neeeds and home expenses.

The U.S. could take African growth as an example of the benefits of mobile banking. A study done by the World Bank on ICT's involvement in the improvement of African globalization and personal well-being said the number of opened bank accounts on the continent, with an especially active community in Kenya, has grown four times its size over the past five years. This growth, according to the source, is in great part due to the availability and flexibility of mobile banking accounts.

Still, traditional banks are preparing for the predicted surge in mobile banking activity, The Napa Valley Register reports. Whether based on common sense or studies like the one conducted by the World Bank in Africa, Bank of the West president of corporate communications Lily Ruiz knows sound finances often start with an inclusive, helpful environment.

With this kind of local buildup in personal economy, it can be assured consumer credit data companies will benefit, along with people finally being granted access to bank accounts. The newspaper states programs catered to low-income families and individuals will not be immediately lucrative for banks, but industry leaders know a boost to finances in the beginning can and should produce better thriving local funds.