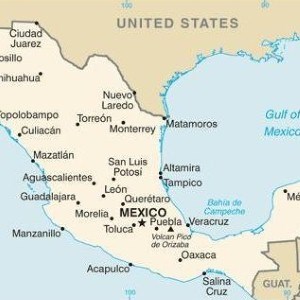 Drug smuggling between the United States and Mexico is more intricate than people may presume, and sometimes individuals working for the U.S. Customs and Border Protection are involved. When Luis Alarid was a child, he was unknowingly part of a drug smuggling operation. His mother used to drive with him from Mexico to the United States in a vehicle full of drugs. Alarid was brought along with his mother because it was less likely that border control would inspect a car with a woman driving and a child in the passenger seat, The Los Angeles Times reports. Later on in life, Alarid applied for a job with the U.S. Customs and Border Protection. After passing a background screening test, his identification was authorized by the U.S. Government. Even though his history was slightly tarnished by his poor credit and numerous family members convicted of drug smuggling, his service in the Marines boded well in his interview and he was offered a job, the news source mentioned. Months after being hired, Alarid used the leverage he had as a border control authority to reel in drugs and immigrants through his connections with a gang that involved his mother and uncle. In a telephone interview with the Times, Alarid said that given his involvement with smuggling in the past and having the advantage of being within the halo of U.S. Customs, he understood how both systems worked and profited from it. Customs commissioner Alan Bersin stated at a congressional hearing in June that background screening issues arose during the years Alarid was hired as a result of employee demand and the influx of hires. "The accelerated hiring pace under whichy we operated between 2006 and 2008 - and, frankly, mistakes from which we are learning - exposed critical organization and individual vulnerabilities within CBP," Bersin said.
Bersin further told congress that since October 1, 2004, 127 CBP employees were arrested or indicted for corruption - violations included drug smuggling, alien smuggling, money laundering and conspiracy. Most of the acts were undertaken for personal gain. The Times states that over the next year, approximately 2,500 new CBP agents will be hired. The case of Aldarin and corrupt CBP officials highlights the need for comprehensive background checks and examination of an individual's history beyond their personal work and service.