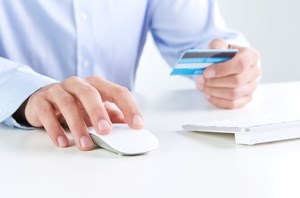 Short term lenders may want to increasingly offer consumers direct payment via ACH cards, as a recent study found that this is the preferred bill pay method among consumers.

According to the Electronic Payments Association, nearly 50 percent of consumers said they favor this method to pay their bills. Meanwhile, 48 percent of billers prefer receiving ACH payments over cards.

"Direct Payment via ACH provides the control, security and simplicity that consumers are looking for when paying their bills," said Janet O. Estep, NACHA president and CEO. "Additionally, for billers, Direct Payment via ACH transactions provide costs savings, improve operating efficiencies and make a positive impact on the environment."

Consumer sentiment surges in May

May saw confidence increase markedly, which could lead to more lending. That being said, short term lenders may want to adopt ACH direct payments, as this could encourage consumers to pay their bills on time.

Rising home and stock prices led sentiment to surge to the highest level in more than five years.

The Thomson Reuters/University of Michigan Index of Consumer Sentiment increased from 76.4 in April to 84.5 in May - a 10.6 percent improvement from the previous month, and a 6.6 percent year-over-year increase.

Consumers are also feeling more confident in the future, as the Index of Consumer Expectations jumped to 75.8 in May from 67.8 - an 11.8 percent month-to-month bump, and a 2 percent annual gain.

Surverys of Consumers chief economist Richard Curtin said that many still have fears about small income gains, but this concern could disappear as higher consumer spending leads firms to be encouraged to hire more.

"It will take actual and repeated income increases rather than simply a renewed optimistic outlook for consumers to permanently revise their income expectations upward," he added.

With people feeling more confident in their current and future financial situations, short term lending could pick up in the near future. As a result, lenders who offer short term loans should consider making the switch to direct payment via ACH cards to accommodate the preferences of their customers.