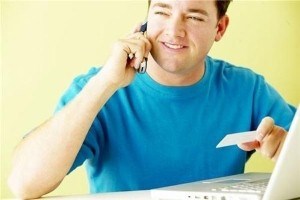 Because of an increase in the frequency of identity thefts, the media has reported on many stories about criminals stealing personal information concerning deceased Americans. However, there is also another growing trend concerning credit and death in the United States- many credit report services are mistakenly telling lenders that some consumers have passed on, though they are still alive. Recently, Corbin Russell, a teenager in Nebraska, tried and failed to take out a car loan from a nearby bank, because he was pronounced dead by credit bureaus. The bank told him that his account had been flagged and his Social Security number was linked to that of a dead man from South Carolina. Russell's SSN had been used by mistake to file a death benefit claim about the former South Carolina inhabitant who passed on in 2010. Russell was surprised, as no other financial information, including working records, had ever come back as suspicious. The Huffington Post reported that this situation came at a very inopportune time for the high school senior, who has recently applied for federal student loans. Nebraskan Senator Mike Johann was able to clear Russell's Free Application for Student Aid form, which will probably be used to attend Southeast Community College. Business Insider explained that consumers and credit bureaus can often work together to find a solution when a situation like this occurs. Agents at any of the three major credit companies- Transunion, Experian and Equifax - can be expected to be notified by an individual to make moves to fix the problem. According to the source, agents should notify the person with the credit issue that they need to file an official dispute in writing that says they have not died, which must be notarized and include the person's first name, SSN and birth date. Reporting bureaus should consider letting consumers know that checking credit reports regularly could help with preventing identity theft to occur, as it would prevent inaccuracies from snowballing into a much larger problem. In the case of Corbin Russell, the Social Security administration has listed Russell as alive, but the situation must still be rectified with the bureaus. According to Business Insider, after the notarized letter has been received, credit reporting services have 30 days to fix the mistake.
ID Verification