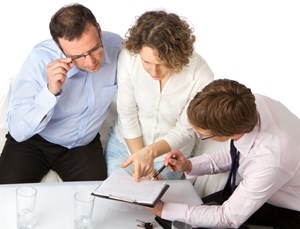 Consumer spending is not the only component of gross domestic product and the financial situation in the United States, but it is certainly one of the most important. Increases in general spending generally indicate that households are confident and stable, while such growth often results from improvements in the employment situation and other areas of the economy.

Between a resurgent small business sector, the return of strong performances in the traditional and alternative financial services markets and fewer delinquencies on a variety of loan types, the financial situation has seemed to stabilize in the past year. Yet another cause for optimism came through earlier this month, as it appears consumer spending exceeded expectations in October.

Bloomberg recently reported that the latest data released by the U.S. Department of Commerce revealed a 0.3 percent increase in consumer spending in October. This comes as some surprise given the myriad surveys conducted and released in October regarding household sentiments and corporate confidence, many of which coming with negative projections and expectations.

However, consumer spending increased by 0.2 percent in September and even more in October, and the news provider noted that this financial activity accounts for 70 percent of the U.S. economy. Households spending is not always strong leading up to the busy holiday shopping season, but analysts now have a lot to be optimistic about going into December.

Various factors played a role in the resurgence of consumer spending. According to the source, household values grew, which is having obvious and positive impacts on overall economic health. What's more, Bloomberg noted that payroll increases, as well as 3.6 percent annualized growth in gross domestic product, showed just how resilient the economy was in October.

The news provider noted that the median estimate from its most recent survey of more than 70 economists predicted a 0.2 percent increase in consumer spending in October, and household purchases outperformed what was forecast.

Through the lens of credit risk
Business leaders and professionals in charge of handling credit risk management responsibilities should pay close attention to this type of data. Between increases in consumer spending and dramatically falling delinquency rates on loans, credit risk is likely dropping incrementally in a variety of sectors and regions.

However, credit risk managers should ensure that they are following forecasting best practices to avoid making ill-advised decisions ahead of the New Year.