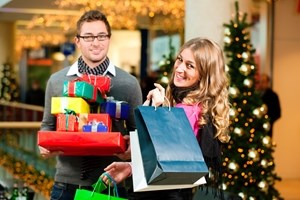 With the holiday season nearing, consumers are expected to increase spending in the coming months. While this time of year is supposed to bring joy, Americans may be putting themselves at risk for financial troubles by purchasing gifts for their families.

Consumers who increase expenditures may also need to rely on short term lending in the beginning of the year, so financial institutions might want to prepare for additional demand after the holidays.

The National Retail Federation (NRF) said sales in November and December are expected to increase 3.9 percent year-over-year to $602.1 billion - higher than the 10-year average holiday sales growth of 3.3 percent.

"Our forecast is a realistic look at where we are right now in this economy – balancing continued uncertainty in Washington and an economy that has been teetering on incremental growth for years," said NRF President and CEO Matthew Shay. "Overall, retailers are optimistic for the 2013 holiday season, hoping political debates over government spending and the debt ceiling do not erase any economic progress we've already made."

Shay added that the government's actions over the next 45 days could impact the spending projection, as Americans may lose confidence in the economy if the shutdown continues for an extended period of time.

Part of the reason consumers will likely be able to spend more money this holiday season is the fact that home values are surging, which has increased household wealth across the country.

August saw values rise 6.6 percent on a year-over-year basis - the strongest gain in more than seven years, according to the latest Zillow Real Estate Market Reports. When compared to July, values were up 0.4 percent.

"August marked the end of one of the hottest summer home shopping seasons in years, as home value appreciation rates continued their rocket ride upward - perhaps dangerously so in some metro areas," said Zillow Chief Economist Stan Humphries. "Double-digit appreciation rates do help to lift homeowners out of negative equity and to entice sellers into a low-inventory environment, but this rapid growth is not normal and cannot and should not be expected to last."

Appreciation is expected to slow a bit, but it will still remain strong. For the 12 month period ending August 2014, prices are projected to rise 5.2 percent, according to the Zillow Home Value Forecast. The biggest gains are going to be in California, with Riverside expected to see a 21.9 percent bump, followed closely by Sacramento and Los Angeles.

Short term lending demand may rise with higher holiday sales levels
When the holiday season arrives, Americans purchase their friends and families gifts, so spending generally picks up during this time of year. With increased expenditures, the risk of money troubles rises, so people may need to rely on short term lending.

One of the biggest fears should be unexpected expenses, which can be crippling after making major purchases. For instance, after completing holiday shopping, a blown transmission can be difficult to deal with. However, a short term loan can provide people with the money needed to cover this bill, so they don't have to fall short on any other essentials.

The ability to avoid late fees and penalties makes short term lending a smart option in these situations. But, critics say the high fees that come with this type of loan make them a negative for consumers. The cost of this financial assistance is generally less than what would have been incurred in late fees, so it could prove to be beneficial for Americans experiencing financial troubles following the holidays.