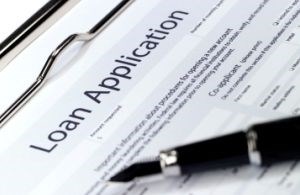 Although consumer confidence dipped slightly to begin June, it still remained high overall, which could lead to more spending and borrowing activity.

The Thomson Reuters/University of Michigan preliminary index of consumer sentiment declined to 82.7 in June from 84.5 in the previous month, which was a six-year high. Economists surveyed by Bloomberg expected no change in sentiment levels.

Confidence has remained strong as hiring gains have been steady, and equity and home prices continue to rise.

"The stock market peaked in late May, so you may be seeing some of that being reflected in the number," Michael Feroli, chief U.S. economist at JPMorgan Chase & Co., told Bloomberg. "In general, the consumer is in a relatively good position."

David Meline, CFO at 3M, told the news source they expect increased spending activity throughout the year as the economy shows signs of improvement.

With these developments, an increase in short term lending and other credit activity could be on the way, as consumers continue to show faith in the state of the economy.

Overall, consumer credit was up by $11.06 billion to a seasonally adjusted $2.82 trillion, slightly lower than expectations. However, credit levels have now shown steady growth for 20 consecutive months.

The boost was spurred by a rise in non-revolving credit - i.e. student loans and auto financing - by $10.38 billion to $1.97 trillion. Revolving credit, which is mostly made up of credit card debt, saw a modest jump of $682.3 million to $849.81 billion in the same period.

With borrowing trends on the rise, short term lenders could see an influx of activity in the coming months.