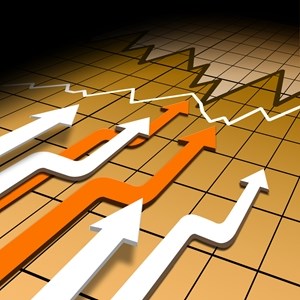 During times of economic uncertainly, many people stop borrowing because they're not sure they can keep up with payments while facing potential inflation and layoffs. This is the overall sentiment, but sometimes things turn out the opposite way. When salaries dry up and perks are taken away, some people have to take out new lines of credit where they can in order to make ends meet. This is especially true if an unexpected expense, like a car repair or medical emergency, were to come up.

This was the case in the United Kingdom during the global recession - while a number of people cut back on spending and stopped applying for things like credit cards or personal loans, some other citizens had to look into consumer credit options. When high street banks all but shut their doors, these desperate consumers found alternative credit sources.

But now that the economy is once again gaining steam in the wake of the fiscal downturn, more people are borrowing across the board. This might signal that there are more potential customers for British short term lenders, but it could also suggest that these companies may want to shore up efforts and remind clients that they were the only ones there for citizens in need just a few short years ago.

According to Reuters, citing Bank of England data, consumer lending has been increasing so quickly in Britain that levels recently hit their highest mark since early 2008. In September alone, net unsecured lending rose by £864 million. The source noted that this is the biggest quarterly increase seen since April 2008, when the U.K. was just beginning to fall into the recession.

However, the news provider reported that Bank of England Governor Mark Carney stated that this might be a good sign, because economic recovery can be spurred by increased consumer spending. Maybe these figures will motivate businesses to borrow more, thus enabling growth.

What should lenders do?
This is a great time for short term lenders to throw their hats into the ring. They can piggyback on the increased interest in borrowing and offer consumers something different - credit when all other options seem dismal. There are still many British citizens who likely won't be able to borrow from high street banks and other traditional lenders because of credit mistakes made during the recession, but they can find solace with alternative lenders, which often take more relaxed stances on application approvals.