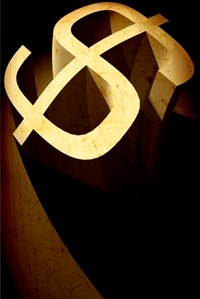 The average consumer credit currently being used among U.S. account holders rose 0.3 percent in the fourth quarter of 2012, and sources say these statistics reveal an increase in financial strength throughout the nation.

A survey by the Federal Reserve Bank of New York showed an increase of $31 billion in U.S. consumer debt in the last three months of 2012. Data from the report shows while home loans stayed level, debts owed to credit card, car loan and college loan accounts all increased to form the bulk of new credit. Credit card loans came in with the lowest debt increase at $5 billion, student loans at $10 billion and advances toward auto purchases at the highest rate at $15 billion.

James McAndrews, the New York Fed's executive vice president and director of research, said the results reflect stronger finances, although it is unclear if debt will continue to rise through the year.

"The report shows some clear signs of healing in consumer debt markets," he told Bloomberg Businessweek. "While it is too soon to conclude that a trend has been established in which households are beginning to increase their debts again, there are signs that the four-year long contraction is slowing."

Student loans are of special interest
The Fed report claims the debt increase is a good sign for the national economy overall, but it does point out that a significant hike in delinquencies accompanied the increased amount of student loan debt. The current rate of academic advances that have gone unpaid for 90 days or longer is at 11.7 percent, according to the study.

Rohit Chopra, student loan ombudsman for the Consumer Financial Protection Bureau (CFPB), warns that increased debt among post-graduates could dampen the economy because money spent in consumers' younger years will be going toward old grants rather than new investments that would spur along private industry progress.

"A lot of the student loan issues are just going to be a drag on the economy, because young people aren't going to be able to participate like a generation ago when they're making very large payments out of their salaries every single month instead of putting it to better use," he said in an interview with The Huffington Post.

Whatever the results, consumer credit data firms will have much to analyze over the next few decades concerning positive and negative aspects of consumer debt in the form of academic loans, based on the study.