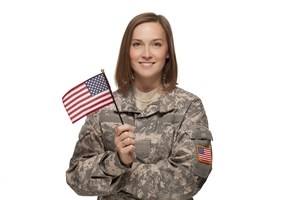 When it comes to working in the debt collection industry, there are a few crucial rules to follow. Some, like not using threats of violence against consumers, are common knowledge among compliant agencies, but others may be a bit easier to overlook. One of these laws is the Servicemembers Civil Relief Act (SCRA), and a major mainstream collection firm recently landed in hot water over violations of the legislation.

Debt and the armed forces

The SCRA, formerly known as the Soldiers' and Sailors' Civil Relief Act, is a federal law governing debt collection practices that protects military families with a member enrolled in active duty from experiencing excessive financial hardship during times of deployment. The U.S. Department of Justice (DOJ) specifies that this legislation safeguards against foreclosures, evictions and repossessions, among other benefits, and insideARM goes further to note that it allows affected parties to lock in many loan interest rates at 6 percent.

According to insideARM, between 2006 and 2011, Capital One violated the SCRA on many separate occasions, denying guaranteed interest rates, foreclosing on homes and repossessing vehicles belonging to military families, even after those parties had clarified their status and requested protection.

"Today's action makes clear that the Justice Department will fight for our service members, and use every available tool, resource and authority to hold accountable those who engage in discriminatory practices targeting those who serve," said Attorney General Eric Holder. "Every day, our brave men and women in uniform make tremendous sacrifices to protect the American people from a range of global threats - and my colleagues and I are determined to ensure that they receive our strongest support here at home."

InsideARM reported that Capital One is now required to pay $7 million in damages, in addition to starting a $5 million fund to reimburse service​ members and their families who did not receive the appropriate rates on their loans or credit cards.

The Capital One case, however, is not the only one of its kind in the last few years. In 2011, New York experienced a rash of fraudulent debt collection incidents according to Daily Finance, and some of the schemes targeted military families. The news source reported that one firm in violation had harassed debtors with exaggerated debt amounts and unauthorized charges, and made threats of arrest and dishonorable discharge from the military. New York's Attorney General denounced the actions, stating that he felt these companies preyed specifically on vulnerable populations and would not allow the actions to continue.

Compliance counts
Remaining in good standing with the legislative regulation of the debt collection industry is essential on several fronts. On one hand, prioritizing good business practices can help agencies create a positive image of the organization and the collection field in general. Since the media has not traditionally been kind to the field in its portrayal, it's crucial that businesses work toward breaking down negative stereotypes. This could make some employees' jobs easier by making debtors more open to working with firms to take care of their financial issues.

Additionally, as was seen in Capital One's case, compliance with laws like the SCRA is crucial in order for businesses to avoid costly lawsuits. While big corporations may have the budgets to take care of substantial fines, smaller firms can be hit especially hard if legal action is taken against them. Compliance-related expenses are simple to avoid, and all it takes is the willingness of management to take action against wrongdoing. All debt collection agents should have a strong knowledge of the laws that govern their business, including the SCRA and the Fair Debt Collection Practices Act. From there, managers need to commit to enforcing company policies that prevent any unlawful actions. This can save the firm money down the line, as well as protect them from the loss of reputation related to violating best practices standards.