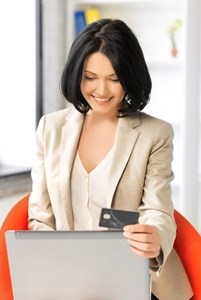 Prepaid products are steadily becoming more popular among consumers as fees and rates are declining for the alternative payment cards. NBC News recently reported that many banks and financial institutions have been forced to scrap expensive fees on prepaid cards. The emergence of non-traditional financial outlets - such as Walmart - offering little or no fees for card use have made the payment option more viable for American consumers.

Even with the likes of gift cards and other electronic payments declining, as the source noted, prepaid use continues to grow. It's become a useful alternative for the nearly 10 million American adults who don't have traditional banks accounts.

A simplified and more transparent fee structure for most cards has helped boost consumer confidence in the products. NBC News noted that in the past, users purchased the cards at retail outlets that did not list the all fees associated with the cards. Now, the latest prepaid cards often have clearly established fee structures that are easy to understand.

Another area in which prepaid cards are seeing a surge in use is among foreign travelers. According to CardFlex, using the alternative payment system while abroad is a better option than carrying cash or credit cards. Users can load as much money as necessary to cover expenses during a vacation without worrying about losing a card that's connected to a bank account. Out & About Live also stated that some prepaid cards offer more favorable exchange rates for foreign currency than credit cards.

With the prepaid market growing, it would be wise for financial outlets to invest in these products. As they become a viable alternative to credit cards and checking accounts, consumers will continue to be won over by prepaid cards.