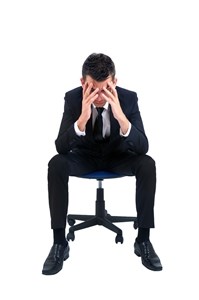 Risk management firm Kroll recently announced the release of its 2013 Global Fraud Report, which revealed that corporate fraud spiked in the past year. A stunning 70 percent of companies were hit by fraud in 2013, whereas that figure stood at 61 percent in 2012.

Every subcategory of fraud reported on by Kroll - including corruption, theft of assets, money laundering and information theft - increased from last year's levels. Reports of vendor, supplier or procurement fraud rose most sharply, climbing seven percentage points and impacting 19 percent of business worldwide, the report showed.

Is globalization the problem?

According to Kroll, more widespread outsourcing and exposure to markets with greater levels of risk suggest that globalization may be at the heart of the recent uptick in fraud. Among companies expanding into global markets, 30 percent reported that doing so increased their risk of falling victim to foul dealings by corporate partners.

Awareness of the issue among international firms, however, remains surprisingly limited. CNBC recently reported that an Ernst & Young survey found that only 17 percent of Singaporean firms knew that expanding into overseas markets increased their risk of being defrauded. The report also showed that 48 percent of companies in the Asia Pacific region felt their anti-corruption policies were ineffective, while that number among Singaporean businesses stands at more than 60 percent.

The growing need for cybersecurity
The Kroll report suggested that the most dangerous form of fraud is digital: 21 percent of all firms are highly vulnerable to information theft, while 75 percent rank as moderately vulnerable. Data theft affected 22 percent of companies in 2013, second only to theft of assets or stock, to which 28 percent of firms said they had been subject.

Information theft is particularly worrisome because of its wide-ranging effects. It can put at risk both company funds and the consumer credit data of customers whose information is stored on a firm's servers.

Cyberthreats can also be problematic because they are often multifaceted, overlapping with other forms of fraud. A data breach can coincide with a physical theft, for example. This occurrence is relatively common: At California's Alhambra Hospital Medical Center, the theft of two laptops resulted in the Social Security numbers and other identifying information of 729,000 patients being compromised, Health IT Security reported.

"The course is hands-on and brings the effects of corporate fraud to life," course facilitator Tom Bussen noted.

Meanwhile, today's executives can educate themselves as to how to most effectively protect their companies. Especially when expanding into global markets, firms should consider checking the commercial credit reports of the partners with whom they do business that might open them to the possibility of fraud.