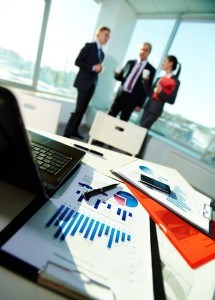 Companies can take anti-fraud steps, including improved screening of employees, to counter the estimated 5 percent of revenue lost each year because of fraudulent activities in the workplace, according to the Association of Certified Fraud Examiners (ACFE). An ACFE study this year showed that much of the loss takes place in small businesses that don't have controls in place, such as specific policies related to in-house fraud, that larger companies have. The ACFE-sponsored International Fraud Awareness Week that began November 11, 2012 was developed to create a culture in companies that enforces anti-fraud measures. "Fraud detection and prevention should be an ongoing initiative," said Cynthia Hetherington, founder of the Hetherington Group, a consulting firm that specializes in corporate training and security investigations. "International Fraud Awareness Week offers a great opportunity for businesses to become aware and develop policies to fight fraud and safeguard their livelihood from this continually growing problem," Hetherington stated in a release.
Companies need to become vigilant in running background checks that go back seven years in order to uncover any criminal activity for new employees. With a signed release from prospective hires, businesses have the authorization they need to review applicants' credit reports to determine if they are fiscally responsible. Checking social media
With the prevalence of social media, it's relatively simple for companies to review networks such as Twitter and Facebook to uncover information that could be considered damaging to a person's reputation and may reflect badly on the hiring company. For instance, there may be information posted that indicates an applicant's animosity toward a previous employer. For existing employees, a policy should be in place that outlines worker's behavior when they are representing the company, including any mention of the business on their social networks. Management reviews and independent audit committees are commonplace in big businesses and should be embraced by small companies to avoid any improprieties at all levels within a firm. In addition, mandatory vacations and job rotations among employees ensures that work is being performed honestly and may uncover instances of suspicious activity when other workers are substituting for those who may be committing fraud. Setting up a hotline and rewards for potential whistleblowers is another way to bring fraudulent activities to light. Finally, the best defense is a business strategy that prevents problems before they happen. Providing both management and workers with anti-fraud training can be a deterrent in itself.