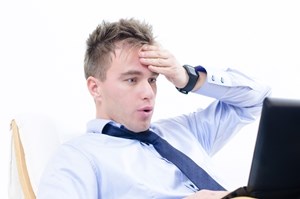 In the past few months, when individuals and media outlets have spoken about the short term lending industry, it seems like they've focused solely on the current debate raging in New York. This all started when New York leaders launched an unmitigated fight against some companies in the sector that were operating within legal bounds - namely, Native American businesses offering loans online. This practice might be contrary to state laws, but these outfits only have to abide by federal regulations.

The undeserved negative attention some within the field have been receiving may have obscured a few of the most obvious advantages of using short term lending to help an individual get back on his or her feet financially.

The situation might also have clouded the fact that these types of loans can be perfect not just for consumers, but for businesses as well. Many startups struggle with money in their early days, only to be very successful in the future. However, inexperienced owners might make some poor decisions in the beginning and affect their businesses' credit, meaning many of the traditional means of financing will be closed to them for some time.

As with consumers, however, alternative finance options might be the perfect thing to get them back on stable footing and pave the way to a lucrative future.

According to FOX Business, when small business owners have poor credit scores, banks won't lend to them, and this often occurs with private citizens as well. The source attributed this hesitancy to the after-effects of the Great Recession, when lending to anyone who was not a sure thing might have had disastrous results.

The news provider noted that alternative finance companies have more relaxed standards when it comes to approving loans for startups, so leaders may have better luck securing loans. In fact, many of these operations use different scores, like Payment Reporting Builds Credit scores, which take into account company owners' histories of paying utilities bills on time. This can open up the doors to many new opportunities.

Also happening elsewhere
This financing strategy is becoming very popular for companies in the United States, but it is also rapidly catching on elsewhere. According to Business Day Live, business owners in South Africa may soon be treated to new alternative fiscal options. The news source noted that popular British lender Wonga is thinking about expanding its corporate offerings to startups and smaller outfits in the African nation.