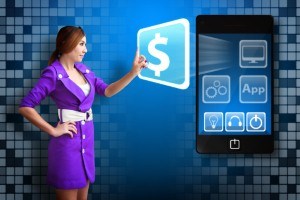 Consumers are constantly looking to take advantage of emerging technologies to make their lives easier. This extends to the wallet. Many are now using their smartphones to make payments while on the go. Numerous retailers, utilities providers, debt collection companies and other businesses are increasingly leveraging mobile payment gateways. However, as the form of completing a transaction becomes more popular, many lawmakers have called for increased regulation. As such, leaders recently created an organization to oversee the new offering. Group creating industry standards According to VentureBeat, the trade group Electronic Transactions Association (ETA) decided to create a group of industry leaders to develop standards that can be used by every party involved in payments made on phones. The organization, called the Mobile Payments Committee (MPC), is comprised of the four major American mobile carriers - Verizon, AT&T, Sprint and T-Mobile. Other groups involved include Google and Isis, a group of representatives from PayPal, Verifone, Intuit and other carriers. "The idea behind the committee is to get all the players around the table, as everyone to take off their company hats and put on their industry hats and talk about what issues need to be resolved," explained ETA CEO Jason Oxman to VentureBeat. Various policies and business strategies will be discussed by members, the source reported. The group will also be advocating for both the interests of the consumers and lawmakers, the news source explained, trying to find the best solutions for all involved. The carriers may be of particular help, as the MPC has also been given the responsibility of convincing customers to make the transition to the payments. Members moving to electronic payments systems The individual members of the MPC are making the transition over to payments in an effort to show consumers that they use the technology as well. According to PC Magazine, AT&T, T-Mobile and Verizon have signed on to become part of the Isis group. The source said these carriers will be able to facilitate the use of near field communications for their customers. The advance allows users to simply hold their credit card or smartphone near an NFC reader, which automatically takes away the proper amount from the linked account. The magazine noted that American Express signed on to take part in Isis discussions as well, though the card provider did not do the same for Google Wallet. PC Magazine explained that all other major credit cards are available using the mobile tool, however.
Electronic Payment Risk