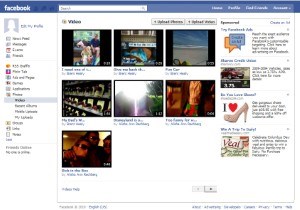 Americans use Facebook for a number of reasons, from connecting to far away family to subscribing to updates from their favorite celebrities. The majority of United States citizens have a personal Facebook page, and debt collection agents have taken notice. A sizable portion of the population that cannot pay past due bills avoid communications with collectors altogether and make no attempt to settle their debt. So debt recovery agents have taken to the internet to try and track down people who owe money to institutions. Most Americans now on Facebook A 2012 study published by Arbitron and Edison Research found that over half of all US citizens over the age of 11 have set up a personal Facebook page. Conducted in early 2011, the study notes that at that time, 51 percent of Americans were using the website, up from 8 percent usage in 2008. Early indicators suggest the growth has been particularly large for people over 35. Interestingly, people in this age bracket are still in major student loan debt, a recent CouponCabin survey found. Forty-two percent of Americans over the age of 35 owe payments to student loan organizations, and 47 percent of those still in debt between 35 and 44 have balances of over $20,000. Wall posts from collectors increase Because of the likelihood of adults to have Facebook, debt collectors just have to do a simple search to find the delinquent payers or probable family members. KozMedia reported it is not illegal for debt collection agents to post on a user's Facebook wall or ask their friends or family about the whereabouts of the person with the overdue account. Because of the Fair Debt Collection Practice Act, recovery agents have to be careful about contacting citizens on social media websites, as they cannot post information about past due debts. Part 3 of Section 806, which deals with harassment or abuse, specifies that collectors cannot make public the fact that a person owes a sum of money to an organization. Collection strategies In order to post on a user's wall, the debt recovery worker must be Facebook friends with the owner of the overdue account. Agent Michelle Dunn told Investopedia that many users will accept friend requests from fellow users who have attractive profile pictures, even if their name is not familiar.
Debt Collections