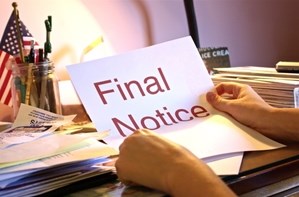 When debt collection agents do their jobs well, they can be a huge help to consumers in tough financial situations. However, when less skilled employees make mistakes, it can result in bad press and complaints. As a member of the industry, it can be difficult to forget how crucial image is, especially with the negative stigma attached the collection field. But is it deserved?

According to insideARM, while the The Consumer Financial Protection Bureau recently reported to Congress regarding seven actions taken against debt collectors for violations of the Fair Debt Collection Practices Act (FDCPA), none of the organizations in question were large, influential agencies. In fact, the source noted that in its estimates, the 175 biggest debt collection firms likely only account for between 20 and 30 percent of complaints filed with the Federal Trade Commission (FTC) each year.

The Association of Collection and Credit Professionals (ACA) has also recently contested the validity of government figures regarding the industry. In February, when the FTC Sentinel Network report detailing the most common consumer complaints was released, the ACA countered with the fact that the number of these issues has actually been falling in recent years. For this reason, though the sheer number of problems may rank debt collection high on the list, the whole picture may not be apparent by just viewing this data.

"It's wrong to assume that just because these contacts to the FTC are tallied, that the raw data equates to actual bad behavior by third-party debt collectors," ACA CEO Pat Morris said in a statement. "Debt collectors want to work with consumers to resolve complaints."

Morris added that debt collection agencies also have a high success rate when it comes to taking care of customer service issues. He cited the Better Business Bureau, which estimates 83 percent of collection complaints are resolved by the agencies that receive them, which is higher percentage than in many other industries.

Taken together, these accounts point to a complicated issue - on one hand, it may be a good sign that less established firms that may not have as much influence on the field are committing the bulk of the offenses. They are the few bad apples, and they're not representative of the industry as a whole. But at the same time, reports of these business' offenses can be used to color the public's perception of what debt collectors do. It's important that all agencies follow best practices so that with time, they may be seen in a more favorable light.