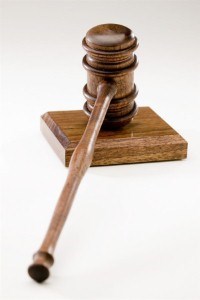 One of the most important aspects of any consumer's financial well-being is his or her credit score. The score can play a critical role when determining whether a person is able to obtain credit, during a background screening process for a job or when renting an apartment. But according to a recently filed lawsuit, some of these credit scores could be inaccurate and hurting consumers. A class-action lawsuit filed in California federal court alleges that Experian, through its FreeCreditReport.com and FreeCreditScore.com sites, has been intentionally misleading customers and not giving them the services they sign up for. The suit claims that the fees charged by the two sites through Experian's ConsumerInfo subsidiary give customers access to a credit score that is not used by those making credit-worthiness decisions. "It's a classic consumer fraud case," said David Woodward, one of the lawyers who filed the case, in an interview with MSNBC. "The law is designed to prohibit exactly this kind of egregious advertising practice. ... The defendant is profiting from deception." Experian sells customers access to a privately developed PLUS credit score model, which they do not pass on to lenders, instead selling them the more traditional FICO score. Lenders are often given a FICO score, developed by Fair Issacs Company, which uses data from Equifax, Trans Union and Experian to formulate a score. Woodward said that the lawsuit comes down to a classic case of false advertising and that the firm needed to stop telling consumers something that wasn't true. "It's simple. ConsumerInfo doesn't sell PLUS Scores to lenders... [f]raud is inherent in the advertising," he told the news source. Experian has faced its fair share of challenges in recent weeks. MSNBC reports that the firm's website temporarily suffered from a credit reporting glitch which inaccurately showed that HSBC credit card customers had exceeded their credit limits. According to a statement from HSBC, the glitch was discovered by Experian on April 4, 2011, and was corrected upon detection. "Since that point, the information has now been reloaded accurately and the file reflects the most updated information provided by the lender," HSBC said in a release to the news outlet. "It is possible that consumers who are members of a credit monitoring service received an alert that their account was over the credit limit."
Credit Risk Management