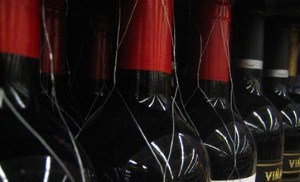 On November 2, 2010, Clark County of Arkansas received the right to register alcohol licenses and now grocery and convenience stores, such as Walmart, are able to sell beer and wine, The Oracle reports. Before this law was implemented, certain residents had to drive upwards of 30 miles to purchase alcohol from the closest liquor store, which ultimately increases the chance of auto accidents. The state now permits one liquor store for every 4,000 people in a county. Clark County, housing more than 23,000 residents, has five stores, chosen by a lottery that will sell alcohol. To gain entry to the lottery, owners had to fill out an application and go through a background screening and facility check. If the application was approved, the store was considered eligible for the random drawing. Residents of Clark County are somewhat split on the issue, mentioning that this is both more dangerous for the kids, but at the same time, it gives everyone a closer destination to purchase alcohol, negating the need to have to drive 30 minutes each way. "The more revenue we get in, the better we're going to be to help the citizens," Clark County Judge Ron Daniell said.
Background Screening