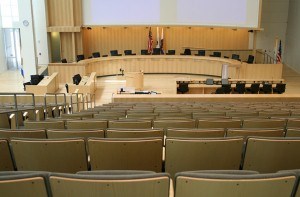 Many individuals think that if they fail to pay off certain bills like credit cards, medical expenses and utility charges, debt collection agents will eventually become involved. This tends to be the case - companies hire third party recovery services to track down and create a payment plan with individuals who owe them money. However, what if the debtor hasn't paid an entire city government? Where should the leaders turn to get answers? If they ignore the issue or let it slide, the situation can compound, other individuals can skip payments and the urban area could lose thousands of dollars, if not more. The city of Quincy, Illinois, recently had to weigh their options regarding action to take due to nonpayment. Quincy needs help in securing payments
Rather than take the responsibility of contacting delinquent consumers themselves, Quincy officials decided to look to the state government for help. According to the Quincy Journal, City Council members discovered that citizens owed $129,000 to various metropolitan departments. The leaders looked to different strategies because older tactics were simply not producing results. "When they don't pay the bill, we put a lien on the property and the only way to get that is when the property is sold," City Treasurer Peggy Crim told the newspaper. Administrators decided, with the help of the Illinois government, to create an Intergovernmental Agreement which would be used if other tactics failed - like attorney involvement and other unspecified strategies. Collection agencies can be of service
Another method Quincy officials can take before getting the state involved is to hire a third party debt collection agency to help with recovery. Many metropolitan areas are interested in choosing this route and have seen relative success in consulting with collection companies before using other methods. For instance, in Jersey City, New Jersey, lawmakers recently decided to hire Duncan Solutions, a collections agency, for the next five years to recover owed funds, according to the Jersey City Independent. The source specified that citizens owe the court system approximately $7 million in fines, $3.2 million to the city itself and $250 million to the entire state. Previously, the news provider explained that laws prevented court representatives from recovering the money themselves, though there often weren't enough staffers to attempt to do so. However, because the funds weren't been recycled back into the system, more people were laid off. This created a vicious circle, so outside help was necessary.
Debt Collections