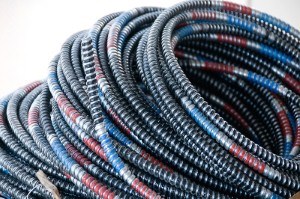 As the world continues to become more digital, consumers and organizations across the nation have been tasked with securing their systems to prevent identity theft and data breach. Many of the most disastrous issues regarding ACH and wire fraud become so damaging because of consumer and small business negligence. Employers can avoid major losses by remaining vigilant with their accounts payable and receivable when using ACH cards, wire transfers and electronic payments technology. Hackers have become savvy at breaching security systems, making a human eye all-the-more necessary to protect corporate and personal banking information. One woman's almost successful attack
The CDA Press recently reported that a woman in Coeur d'Alene, Idaho, pled guilty to charges of embezzlement following being caught for wire fraud earlier this year. According to the news provider, Sheryl Carroll had been working for the city for just under 10 years when officials discovered she had taken advantage of wire transfers and ACH payments to steal $365,000 from the public. The source explained that Carroll managed to keep these fraudulent transfers, of which she completed 120, under wraps for as long as five years while working in the finance department of Coeur d'Alene. Falsified documents and verbal reports eventually tipped off co-workers and regulators, leading to the charges. The CDA Press cited charges signed by an assistant U.S. Attorney General, which read "She falsely and fraudulently represented that she was sending money to legitimate vendors when she was actually causing the payments to be directly deposited by wire transfers into her bank account." City treasury officials said that they will now implement new prevention processes to ensure a crime like this does not happen again. This will involve a second level of custody for accounts payable and receivable in the city's treasury department, which also intends on conducting audits more frequently. Defending against theft, cashing in on benefits
ACH cards and wire transfer capabilities are extremely advantageous for businesses of all sizes, as they streamline processes and create more efficient methods of carrying out accounts payable and receivable. Taking precautionary measures is key, and is not extremely difficult for the average manager. Such methods as those now used by the city of Coeur d'Alene in Idaho, including regularly conducting audits of all accounts and keeping several eyes on wire transfer payments, can easily deter such fraudulent acts.
Electronic Payment Risk