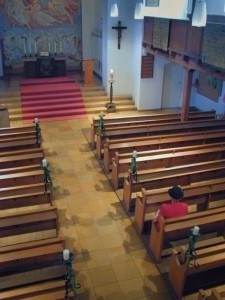 The recent arrest of former Clinton, Mississippi, choir teacher John Langworthy has forced many state churches to reassess their background check procedure, the Clarion Ledger reports. Langworthy was charged with seven counts of "gratification of lust for alleged sexual abuse" of multiple boys during his time as music minister at Morrison Heights Baptist Church in Clinton. He resigned this past May, 21 years after he moved to Mississippi because of alleged "sexual indiscretions" involving young boys that occurred while he was a music minister at Prestonwood Baptist Church in Plano, Texas. A thorough background screening may have prevented Langworthy from gaining employment. The news source notes that other churches, such as St. Andrew's Episcopal Cathedral in Jackson, has safeguards in place. "At St. Andrews, they have so many different things in place that help protect the children," resident and mother-of-two Rachel Misener told the news source. "We feel very safe to allow our children to go to events at church where we might not be the parents supervising." Darby Ray, professor of religious studies at Millsaps College, adds that background checks are also conducted on volunteers. She notes that parents who volunteer at Sunday schools are trained by leadership groups about sexual abuse, maintaining proper boundaries and who to call when inappropriate behavior is suspected.
Background Screening