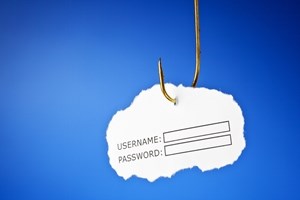 When it comes to identity theft, children aren't thought to be at the top of the list of people who would be victims. However, young adults are being targeted more frequently by criminals, so financial institutions, such as short term lenders, need to step up ID verification procedures to ensure applicants aren't using false identities.

"Kids are more connected now," Michelle Tabler, Better Business Bureau Alaska, told KTUU. "They have iPhones now, they're on the web, they're using the internet, they're using I-pads, they're shopping online and they're buying electronic equipment, so it's affecting them."

Assistant Attorney General Davyn Williams told the source that children are at risk because most people don't have a credit report until they are at least 16-years-old, which means this crime is difficult to detect.

With younger Americans being targeted more frequently, it is important to become aware of the common signs that identity theft has occurred.

- Denied government benefits: When a child's identity has been stolen, their Social Security can be used to obtain government benefits, according to the Federal Trade Commission. Therefore, if parents are denied benefits on their child's behalf, there is a good chance it is because someone is fraudulently using their identity to get benefits for themselves.

- A notice of failure to pay taxes: Chances are, children aren't going to be paying any income taxes until they're teenagers, so if a letter comes in the mail from the Internal Revenue Service that says taxes weren't paid, identity theft may have occurred.

- Collection calls: When people are being contacted by debt collectors it is because they have failed to pay their balances in a timely manner. Collection calls asking for a child is a major sign that someone has stolen their identity.

Short term lenders can be a defense against identity theft
More than likely, there will never be a time when this crime is eliminated, but there are certain steps that can be taken to prevent it from happening. Generally, criminals attempt to obtain loans and open lines of credit once an identity has been stolen, which means short term lenders and other financial institutions need to be one of the first lines of defense. To accomplish this, it would be wise to have strong ID verification procedures in place.