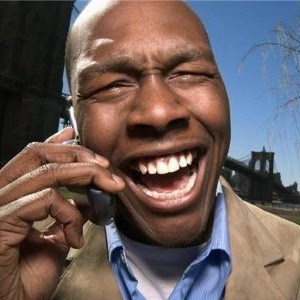 When cellphone number ownership changes hands, debt collection agents typically aren't informed. So when attempting to recover a payment from someone on the other end of the number, debt collectors may encounter angry individuals who claim they know nothing about the amount owed. When this happens, it is important for collectors to know the protocol to follow. A judging panel for Chicago's Seventh Circuit recently made a ruling in the case of Soppet v. Enhanced Recovery Company, LLC that should clear up the matter for agents in the future. Predictive dialing When a collection agency is large or a debtor is particularly hard to contact, firms often use a predictive dialer machine, according to Chief Judge Frank Easterbrook. Such technology continues to call the contact number given by a debtor until a human voice picks up on the line. This could result in many unwanted calls and charges should an indebted person's former telephone number be reassigned to a stranger. This is what happened in the case of Teresa Soppet and Loidy Tang, the opinion explained. According to the source, neither individual consented to calls from the collector, Enhanced Recovery, yet each received more than 15 calls. Panel sides against collectors The three judges involved, Easterbrook, Joel Flaum and Diane Wood, said that though Enhanced Recovery claimed they have every right to continue to dial those numbers because that was the contact data given by the debtor, that was not the case. The panel cited Section 227 of the Telephone Consumer Protection Act 47, which stated it is unlawful for any call to be made using the predictive dialing machine, "to deliver a message without the prior express consent of the called party." They defined "called party" as the current subscriber, so Enhanced Recovery was found to have no legal claim to call the new owners of the contact information. Implications for collectors For the most part, partners at Ballard Spahr reported this recent ruling should only affect agencies who use predictive dialing for cell phone users. Previous case law from Meadows v. Franklin Collection Service, Inc. found that collection firms are within their rights when trying to contact the previous owner of a land line phone. Recovery agencies should take care when attempting to contact a debtor via a cell phone number. Agents may want to consider calling in person until it is established that the person who owes the debt is still reachable by the given contact information.
Debt Collections