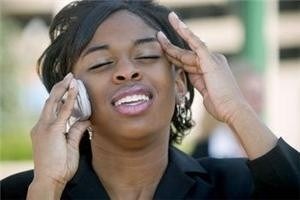 According to data from the Department of Education, approximately 320,000 borrowers who entered repayment in 2009 had defaulted by the end of 2010 - about 9 percent overall, DailyFinance reports. President Barack Obama, hoping to collect on the estimated $50 billion in defaulted federal education debt, proposed a provision that would allow debt collectors to call the cellphones of borrowers who are late on government loans. Collectors are currently only able to contact debtors via landline or, according to the Baltimore Sun, manually via cellphone. However, some debt collectors use an automated dialing system in order to quickly connect to as many people as possible. A bipartisan bill introduced to the House last week proposed that agencies be able to robocall debtors on their cellphones. As a greater number of Americans eliminate their landlines, the government sees cellphones as fair game due to the fact that younger, jobless or under-employed individuals are more likely to be carrying the mobile devices, DailyFinance reports. Attorney Howard Waltzman adds that about 40 percent of consumers use a cellphone as their primary or only phone, a percentage "that is even higher among people in their 20s and 30s," he told the Sun. "You're talking about a generation of people who don't have a landline phone." Margot Saunders, at counsel with the National Consumer Law Center, told DailyFinance that indebted students will be most at risk. "The main target will probably be student-loan debtors," she told the news source. "Right now, the country is facing tremendous unpaid debt, not because we have a lot of deadbeats, but because a lot of people are out of work and can't repay the debt." However, Mark Kantrowitz, founder of student loan information website finaid.com, explains that the greatest fear associated with this provision is collection agencies harassing students. According to Federal Trade Commission data, more than 144,000 complaints were filed about debt collection practices in 2010 - the top consumer complaint after identity theft. Yet, Fair Debt Collection Practices Act regulations still apply, banning collectors from contacting individuals before 8 a.m. or after 9 p.m. Also, for those who bring their cellphones to work, collectors are restricted from calling during work hours if told. They must also stop contacting debtors entirely if notified in writing.
Debt Collections