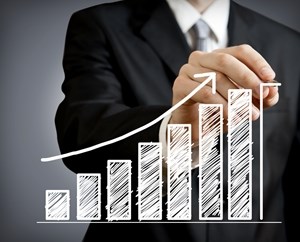 Consumer confidence has been trending upward since the end of the Great Recession, as individuals are more willing to spend and borrow from short term lending outlets and other financial institutions.

Despite many Americans tightening their spending habits, increasing levels of confidence are a solid indicator of a willingness to spend more money, which may be advantageous for the national economy.

According to the Consumer Electronic Association's (CEA) most recent Index of Consumer Expectations (ICE), confidence levels jumped by 2.3 points in July to land at 167.8 on a 100-point to 300-point scale. Shawn DuBravac, an economist with the CEA noted that a continuation of the Federal Reserve's stimulus plan was a major factor in the slight increase in overall positive sentiment.

Despite the spike recorded for the ICE, the Index of Consumer Technology Expectations (ICTE) decreased by 0.3 points in June, down to 86.2. Although it may appear to be a negative development for tech vendors, as it shows consumers are controlling in spending on tech products, other industries stand to benefit from the trend. DuBravac pointed out that the drop in the ICTE most likely indicates that Americans are willing to make other major purchases.

"Consumers continue to buy tech, but pent up demand for other durable categories is placing pressure on technology spending," he noted.

That will be welcome news for car dealers and real estate executives, who could see more business in the coming months as a result of the shift in consumer spending habits. In fact, American automakers have been reporting stellar numbers recently. According to a report from the Autodata Corporation, U.S. new car sales increased by 9.2 percent in June. Many of the major manufactures performed particularly well last month, with Ford leading the way with a 13.4 percent spike in sales.