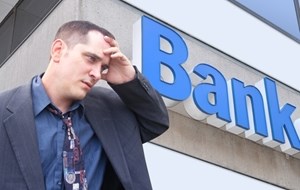 Short term loans have gotten a bad rap over the past few years. Detractors think that when consumers take out one of these lines of alternative finance, not only do they not understand the terms or know what they're truly getting into, but they're digging themselves a worse fiscal hole than they're already in.

Despite a number of statements made by government leaders in the United Kingdom, nearly everyone who's ever taken out one of these loans knows that's simply speculation with little to no basis in truth. While administrators say that bank loans and other traditional methods of finance are the way to go, where were they when people without perfect consumer credit scores were floundering just a few years ago? Small dollar lenders, however, were on the front lines, helping individuals stay afloat.

Though the economy has made a great comeback, credit scores take years to repair once damage has been done, so there are a number of people in the U.K. who still can't qualify for traditional lending. But if they follow the suggestions of leaders,they will likely drive themselves deeper into debt and default on bills.

One consumer group in the nation recently stood up for the short term lending sector, acknowledging that overdrafting on bank accounts in order to stay afloat can be just as bad as the absolute worst-case scenario when using small dollar loans.

Overdrafting can be very expensive

As short term lending employees will tell applicants, these alternative credit options are never meant to be taken out for more than a few weeks at most. This means whatever interest that will be accrued is negligible, even on fairly sizable amounts.

When faced with a tough financial situation, many consumers' only other option is to keep writing checks and swiping debit cards to make ends meet. However, The Telegraph reported that overdraft fees can be exceedingly bad for a consumer to contend with.

The source noted that consumer group Which? explained that even in the worst of situations - when consumers let their short term loans roll over despite the advice of the companies themselves - overdraft fees can be equally damaging, even worse. For instance, the newspaper reported Which? pointed out that a small dollar loan from Santander costing £100 is often accompanied by a monthly charge of £20. That's in comparison to the situation with most British bank accounts - overdrafting by £100 for a month would be paired up with an additional £100 in overage charges.

Unfair criticism on short term industry
This concrete evidence may mean that, for some people who need just a little bit of money to make ends meet, the possibility of overdrafting could be more damaging than any other option available to them. This then lends itself to the thought that perhaps critics of short term loans are overly harsh when discussing the sector, overlooking the possibility that these might actually be smarter choices.

Which? Executive Director Richard Lloyd told The Telegraph that while many in the government have been critical of some short term lenders for the right reasons - sometimes consumers have made mistakes that reflect badly on the sector, while other times bad apples can hurt the reputation of all involved - they should be equally hesitant about recommending using banking services.

"High street bank overdrafts can be just as eye-watering," Lloyd noted, as quoted by The Telegraph.

This type of information doesn't always factor into the conversation when figureheads are painting the entire small dollar loan sector with one brush. But, to be fair to consumers and make sure they're aware of all of their options, these facts have to come to light as well.