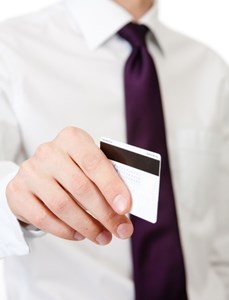 While the long term viability of the bitcoin is uncertain, it has made recent strides as a legitimate form of currency. PYMNTS recently reported that bitcoin may soon have a new channel for use: debit cards.

According to the source, starting August 1, Tradecoinz LLC will allow bitcoin owners to signup for it iBTCard - the International Bitcoin Transfer Card. This form of alternative credit would be matched with bitcoins and could be used like a debit card at participating vendors. The card also wouldn't have any associated charges or monthly fees for its use, which is not always the case with its more traditional counterparts.

To provide merchants with an incentive to accept the card as payment, Tradecoinz will only charge a 0.5 to 1.25 percent transaction fee for purchases. This represents a significant reduction from the charge often associated with mainstream credit.

"I currently have to pay 2.5 percent to Square or PayPal when I take payment from my shows and sell merchandise at my shows," comedian Dan Nainan told PYMNTS.

While signups have already begun, PYMNTS highlighted the fact that the card is still in development. Tradecoinz is still raising funds to implement the system and has not yet issued a release date.

Bitcoin enthusiasts have made further steps toward legitimacy by forming a group to establish best practices and standards for the currency, The Washington Post reported. The group calls itself the Committee for the Establishment of the Digital Asset Transfer Authority, and it hopes to work with regulators to better manage bitcoin. So far, the committee has made no comment about what the guidelines may be, but its existence may prevent U.S. regulators from performing the same actions that Thailand did, where the tender is currently banned due to a lack of laws governing it.

However, even advocates have their doubts about bitcoins future. One of the issues that non-standard payment methods like ACH cards face is that they must be accepted as currency in some capacity. Right now, the market is often both volatile and speculative.

With improved standards and increased functionality, though, the coin may achieve what PYMNTS believes is necessary for its continued existence: user friendliness. Mainstream consumers need to be more than simply aware of bitcoin, they need to know how to purchase it.