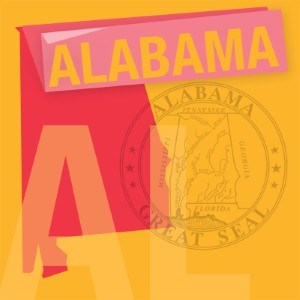 Many individuals have to employ the services of short term lenders for a number of reasons. Some are still recovering from the recent recession, while others are becoming overwhelmed by multiple emergency expenses like hospital bills or having to have their car fixed. Whatever the reason, a large amount of individual find short term loans to be the best strategy to obtain fast cash. Borrowers, using a check made out in the amount expected on their next paycheck, are able to access money and pay it back when they are paid by their employer. However, some groups are against the practice and want to limit the options a person struggling to pay off expenses has. Birmingham church wants zoning laws put in place According to the Birmingham News, individuals have been gathering at the Harvest Community Church, asking lawmakers to impose zoning rules on short term lenders offering borrowers access to nontraditional loans. Luckily for many consumers, however, the source explained Birmingham, Alabama's regulations that ban this loan option expire in September.  Before the law was adopted, the city has the largest number of lenders per resident, the newspaper explained. The church group, however, is not looking to continue a ban on the practice, instead hoping to keep storefront locations a certain distance away from some community organizations, like welfare offices. Other cities regulate, but don't ban Other cities in the South have adopted laws regarding the location of lenders. Many lawmakers have not decided to ban the industry in their urban areas, so citizens still have access to cash they would not normally be able to obtain through traditional bank loans. The Texas Tribune recently reported a number of metropolitan areas in the Lone Star State have passed zoning ordinances, like Dallas, Austin, San Antonio and Mesquite, among others. Moreover, many of the new laws require lenders to post a schedule of fees that borrowers will have to abide by in plain sight within their shops. The state of Texas also has a law that says loans with an interest rate of more than 10 percent are illegal, something that would normally drive many companies out of business, as they would not be able to meet their overhead expenses. However, the Tribune reported lenders can skirt this ordinance by registering themselves as credit service organizations, which requires that they affect a consumer's credit history or rating. Lenders in the state, then, need to take measures to make sure they are following both state and local laws governing the industry.
Short Term Financing