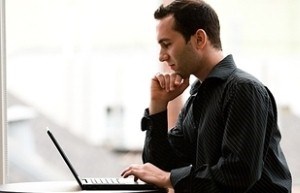 H.R. 1981, a law proposed in May to curb child pornography, has drawn criticism for a provision that would place Americans' privacy at risk, the Jacksonville Daily News reports. According to Tech News World, the Protecting Children from Internet Pornographers Act of 2011 aims to "more tightly define acts related to child pornography" as well as increase the punishments for those convicted. However, a provision in the bill would mandate that internet service providers maintain a national database of every user's name, address, phone number, credit card information, bank account numbers and IP address for 18 months following the amendment. "The records would involve all internet users everywhere, and they would be available to law enforcement for any purpose," said a privacy group coalition in an open letter to Congress, as quoted by JDN. The news source adds that the bill would put every American at risk of identity theft, without doing anything to specifically keep children safer from predators. Under the bill, ISPs can track every website Americans visit. This information would be available to the government without a warrant, TNW adds. The National Center for Missing and Exploited Children received 223,000 reports of suspected "child sexual exploitation" in 2010, 90 percent of which involved online porn.
ID Verification