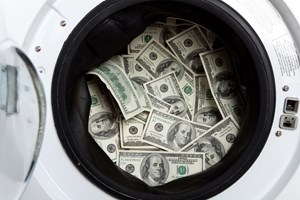 Throughout and following the Great Recession, the lending landscape shifted substantially, with more small business owners beginning to tap alternative channels to get the loans they need. Studies indicate that alternative financial services have largely pulled entrepreneurs through the harshest times of the financial downturn, and are now thriving amid widespread economic improvements.

Between the increasing distrust in traditional financial institutions because of their involvement in the recession, and the fact that alternative lending opportunities often come with better approval rates and more customizable specifications, small business owners have a lot to gain from new loan opportunities. When deciding on a loan product, entrepreneurs should always evaluate all of the options that are available to them before making the final choice.

Forbes recently explained some of the more unique aspects of the alternative lending market, including how the industry gained its footing during relatively poor economic conditions. One of the most important things to remember when paging through alternative lenders is that many were started by entrepreneurs, meaning that these firms understand the challenges and needs of a small business owner more often than massive banks could possibly compete with.

According to the news provider, whereas larger banks will be looking solely at credit scores and various other background components of a small business owner to evaluate whether they are good candidates for approval, alternative financial services providers take a different angle. When it comes to traditional loans, many entrepreneurs - especially those that are new to the game of business ownership - will struggle to provide adequate proof that they should be approved.

On the other hand, the source explained that alternative lenders look at business performance metrics when applicable, but most often assets and collateral to establish the viability of a deal. Now, Forbes explained that this market has become highly profitable for both the lenders and borrowers, as it quickly became apparent just how underserved many entrepreneurs had been during the recession.

Even smaller alternative financial service providers have rapidly become million-dollar organizations in a relatively short period of time. The news provider added that the only hindrance to this industry is the commonly high interest rates of such products. However, these rates have clearly been seen as worth it by the average small business owner, as disbursement volumes soar among alternative lenders.

Don't skimp on research
Entrepreneurs will be far better positioned to get the best loan according to their specific needs by conducting adequate research of all the options on the table. It is important to remember that alternative loans will almost always be disbursed far more quickly than a traditional lending product from a major financial institution, and will be more amiable when it comes to the terms of the agreement.

While loans backed by the U.S. Small Business Administration are highly savory, they are also incredibly rare, making up less than 5 percent of the overall entrepreneurial lending market. Small business owners can get the finances they need when they need them by looking into alternative lending programs.