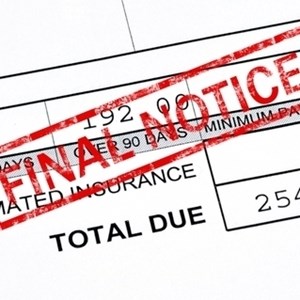 The debt collection industry has been highly active in recent years, especially given the record volume of outstanding loans held by consumers and businesses across the United States. This has given rise to a variety of concerns from enterprises, federal regulators and debt collection agencies regarding the best practices to be followed and oversight to be implemented.

As part of the Dodd-Frank Wall Street Reform and Consumer Protection Act, the federal government established another entity to oversee and regulate the debt collection industry. The Consumer Financial Protection Bureau operates similarly to the Federal Trade Commission and Better Business Bureau, though it focuses more specifically on debt collection activity.

Debt collectors should ensure that all policies and activities are aligned with the statutes listed under older and contemporary regulatory compliance, while looking to go above and beyond the call of duty for the strongest client relations. By ensuring total management of all communications and efforts to re-obtain debts, these agencies will build a strong brand image and avoid issues with law enforcement.

ConsumerAffairs recently explained the difference between abusive and aggressive actions taken as established under the Fair Debt Collection Practices Act, asserting that this distinction is extremely important for both consumers and agencies to understand. According to the news provider, rudeness is one of the most common reasons for consumers to issue complaints to regulatory entities, but is technically not illegal.

While unpleasant, there is no component of the FDCPA or other regulation that states debt collectors must be cordial when seeking out debts. However, agencies should train employees to be as welcoming, responsive and affable as possible to maintain a strong image among consumers and clients.

The source also pointed to contacting employers as a common area that is misconceived by consumers as illegal activity, as collectors are permitted to contact a debtor's company to verify certain information. Debt collectors should be sure to stick to the guidance of the FDCPA when contacting employers, though, as any indication that the call is about a debt is illegal. Agencies can only contact these businesses to verify a debtor's employment or contact information.

Finally, ConsumerAffairs explained that contacting family members is also completely legal, though agencies should ensure that their employees do not use profane language, make physical threats or harass debtors or their loved ones in any fashion whatsoever.

Raw data to inform policies
The Denton Record-Chronicle recently explained that the CFPB completed its annual report on the state of debt collection in the United States. According to the news provider, the average amount owed by the 30 million consumers with outstanding debts is $1,500, while the most common complaints were receiving calls that included false representations.

The source noted that calling repetitively and fraudulently claiming there would be a lawsuit were the second and third most complained-about actions taken by debt collectors, respectively. This illustrates the importance of proper training for all employees in the industry, as these simple actions can lead to serious sanctions and fines from the federal government, not to mention hurt reputations.

CFPB oversight broadens
Baker & Hostetler LLP recently described the new jurisdiction of the CFPB that went into effect in February. As of the second month of the year, the CFPB became responsible for overseeing nearly 200 of the largest consumer debt collectors in the nation. The firm asserted that this change makes it imperative that all debt collection agencies diligently review any consumer data and ensure that retention and quality standards are aligned with the new rules of Dodd-Frank.

By verifying that any and all consumer data is both adequate and accurate, the organization explained that debt collection agencies can avoid litigation proceedings and other issues.