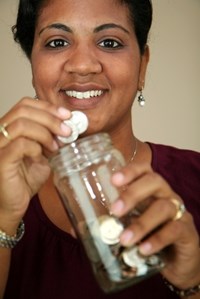 Vince Cable, business secretary of the Bank of England, doesn't seem ready to give up on the Funding for Lending Scheme. Even though it's failed to make any measurable difference for small and medium-sized enterprises (SMEs) since it was launched in June 2011, the BoE is planning to shell out even more to banks to spark the United Kingdom's private sector.

"Small and medium-sized businesses are still telling me that access to finance is their number one problem, preventing them from investing and growing," Cable said. "That's why through the business bank, we are developing a range of measures to provide businesses with the power to choose the type of finance that suits them."

If those initiatives are to work, they will almost certainly need to include more than just financial institutions. A recent Financial Times column stressed that bank-centered short term lending won't be enough to turn around the scuffling SME sector, at least not by itself.

But the success of smaller companies is an essential component to the British economy recovering, according to the news source, meaning SMEs will require a larger slice of the pie going forward. Small and medium-sized enterprises account for fewer than 10 percent of all business investments at the moment.

Adam Marshall, director of policy at the British Chambers of Commerce, supported "the government's move to increase competition in SME finance by offering £300 million to co-invest alongside the private sector," according to The Guardian. However, he also agrees with the notion that bank lending by itself won't lead to a resolution.

"Vince Cable is right to say that the creation of a fully fledged business bank is a long-term project," Marshall said.

Instead, the resolution could rely on the continued emergence of alternative short term lenders, which often employ Payment Reporting Builds Credit Scores (PRBC) as a measure of loan eligibility. These methods focus on alternative factors when choosing which prospective companies to lend to, such as a company's ability to pay utility and other bills on time.

For SMEs, PRBC - and alternative lending in general - has the potential to spark the sector for the first time since prior to the recession. Not only does it make funding available to a wider range of companies, but having more options to choose from could force financial institutions to ease up lending restrictions.