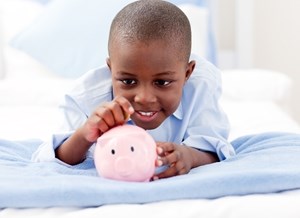 How do consumers learn about emerging services that could make their lives easier? They should consider where they get most of their news and recommendations - friends, family members, social media pages, review websites, commercials, celebrities and some other notable sources. Where finance is concerned, however, many people like to keep suggestions close to home. For instance, when they're picking a bank to open an account with, individuals will likely rely on the testimonials from those closest to them.

So, where does this leave alternative finance companies? These are the resources a lot of people turn to when they need access to money but cannot open a traditional line of credit for one reason or another - perhaps they haven't yet amassed a consumer credit history or maybe their finances took a turn in the recent national economic tumult and their credit scores took a hit. While these certainly aren't the only reasons for turning to alternative credit companies - they're constantly growing in popularity and convenience - consumers might be hesitant to talk about their personal financial troubles even with people they're closest with.

However, that's not stopping the word from being spread, especially in the United Kingdom. Per a recent law change involving fair competition, banks must refer clients to rival corporations and alternative sources of finance.

According to The Telegraph, this fall, large banks will have to let small and medium enterprises know about other banks and alternative lenders if they have denied the business leaders loans.

"Forcing banks to refer businesses to alternative lenders is something I've been determined to make happen," U.K. Business Secretary Vince Cable explained, as quoted by the newspaper. "Big banks still dominate and small businesses often give up if they're turned down for finance by their bank."

The notion is that this way, if entrepreneurs are turned down by traditional organizations, they still have other options, and alternative finance companies will be able to widen their reach. Moreover, this wouldn't be a case of conflicting interests - if the big bank turns them down, the startup may still be able to open, just with the help of a different institution. Regardless, a situation like this is almost certainly good news for the alternative sector.

In the next decade, Funding Circle Chief Executive Samir Desai told The Telegraph that alternative lending to small businesses is expected to contribute £12 billion in loans per year.

Could that happen here?
What if that were the case in the United States, and big banks had to refer individuals with denied loan applications to alternative credit companies? It follows that there would be more competition within the sector and new opportunities for credit lines would become more mainstream. While the U.S. has a number of laws on the books regarding just competition and banning monopolies, it's relatively unlikely that banks will be directing clients to their rivals anytime soon.

As such, alternative finance companies need to make sure they're doing what they can to promote their services - after all, how else will individuals realize that there are many more options than just consulting with traditional banks when they have money troubles? Leaders of such businesses should look into their legal options regarding promotions on common mediums like TV, newspapers, circulars, billboards and other platforms.

It's up to these types of businesses to spread the word about the help they can bring consumers who need access to relatively easy lines of credit. For now, anyway, this is likely how individuals will learn about the mass of opportunities open to them.