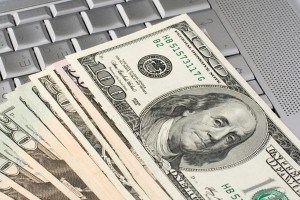 In recent years, mobile and online banking have gained much notoriety, especially as more reports reveal the technology's ability to reach the underbanked population. Several banks have been working to further expand options for their current clientele and prospective customers. As security and interoperability have been among the biggest points of contention, likely triggered by instances of ACH card and wire fraud, financial institutions still need to ensure the integrity and safety of their systems. Collaborating for coherence, convenience
The Chicago Tribune reports that the biggest banks in the United States are working together to integrate their systems and create a more accessible overall experience for online and mobile banking users. According to the source, this is being done to make it easier to transfer funds between different financial institutions. The news provider explains that this could change the way in which money is handled drastically, as cash and checks would be even less necessary. In the end, the goal is to create a system in which consumers can simply send an email to their financial institution and have their funds directed wherever they see fit. The three biggest banks in the nation - Wells Fargo, JP Morgan Chase and Bank of America - are in talks to adopt the new system, while Citibank is working with around 1,400 smaller financial institutions on its own network, the Tribune explained. "We want to make moving money to people with other banks really seamless," Vincent D'Agostino, head of payments strategy at JPMorgan Chase, told the source. Reaching the underbanked
This summer, The Financial Brand reported that mobile and online banking have been very successful in reaching the underbanked, citing data compiled by a Javelin Strategy and Research report titled Reaching Underbanked and Unbanked Consumers in 2012: Strategies for Connecting with Mobile Financial Services. According to the source, the study estimated the underbanked demographic to be comprised of some 35 million individuals, or 15 percent of the U.S. adult population. This group is more likely to own a mobile device than the rest of the population and use mobile banking services roughly 8 percent more than the rest of the population. Following refinement of the mobile and online banking processes, experts expect the overall population of underbanked to slowly dwindle. However, with the growing popularity of mobile payments in the entire population, financial institutions and merchants will need to launch initiatives to adopt the related technology.
Electronic Payment Risk