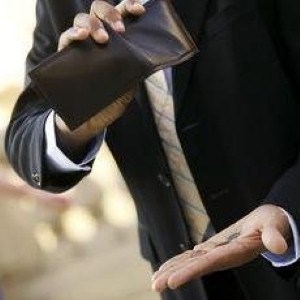 After filing for bankruptcy, many are under the impression that all of their debts have been forgiven and they won't have to deal with a debt recovery service again. In most cases they are correct, except for where overdue student loan payments are concerned. Few people are aware that even in bankruptcy, it is very rare for student loan debt to be forgiven. The Federal Reserve Bank of New York estimated the average outstanding balance per individual that has taken out an education-related loan is $23,300, though the median figure remains at $12,800. Ten percent of borrowers have an outstanding balance of more than $54,000 at the time of graduation. According to the FRBNY, over 1.1 million Americans owe student lenders over $100,000, and a whopping 167,000 people have an outstanding balance of over $200,000. Fifteen percent of loan debt is owed to private lenders, the Associated Press reported, and as such, cannot be forgiven if bankruptcy is deemed necessary. Due to a law passed in 2005, certain payment types including student loans taken out from private lenders, child support requirements and criminal fines are nearly impossible to dissolve even after declaring bankruptcy, reported the AP. The source said it was much easier for lenders to privately work with consumers to formulate a plan before the passage of the law. The AP explained private lenders, unbound by the regulations of federal student loans can increase interest when they see fit without previous warning. The proposed Private Student Loan Bankruptcy Fairness Act of 2011 would change things for consumers should it pass through legislation. If successful, the bill would allow debts from private student loans to be cancelled if an individual declares bankruptcy. Until that happens, however, individuals should expect to be required to rectify overdue student loan accounts. According to a Smart Money blog, the legislation would cancel out borrowed money from private groups but not federal lenders. The source reported banks have changed some of their loan policies to account for a future in which private amounts of borrowed money would be dissolved in bankruptcy. New policies include having the student and a parent co-sign on the loan, so that in order to be dissolved, both parties would have to declare.
Debt Collections