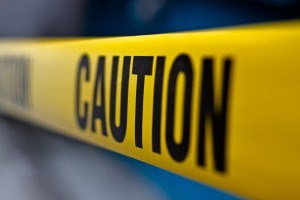 In the near future, a number of people may be contacted by debt recovery agents for fraudulent charges. Individuals may see effects on their consumer credit history that could last years because of a recent breach. Massive banking breach announced on Twitter According to ZDNet, a hacker, going by the Twitter handle @Reckz0r, announced on the social media platform he breached the systems of 79 banks over the last three months. The criminal then proceeded to publish a cache of consumer information from 1,700 Visa and Mastercard account holders. The source noted the information made available in a plain-text document includes names, addresses, phone numbers, email addresses and type of card held. ZDNet reported the credit card data tied to the leaked information has not been made available yet. Consumers from the United States, the United Kingdom and Canada have been affected by the leak. The hacker said many high-profile banks were among those he targeted, but only named Chase specifically. Reckz0r, who also goes by the name Jeremy, also tweeted that the information released last week was only a fraction of the data he had obtained. Credit bureaus can launch preemptive strike Though expressly financial information has not yet been released over the internet, that does not mean a breach won't occur eventually. Credit bureaus could be of major help to consumers during this time by installing preventative measures. Bureaus could take the example of Experian, which was instrumental in preventing criminal activity after a Morgan Stanley breach in 2011, a SmartMoney blog reported. The source noted 34,000 account holders were affected, some of whom had their Social Security Number exposed. Experian placed year-long alerts on the account of those with published SSNs right away, so that no fraudulent lines of credit could be opened using the information, according to the source. Once an alert is placed on an individual's credit report at one of the three major bureaus, the other two organizations are informed and take the same measure. This allows consumers to be notified if a new line of credit is opened. Bureau workers should also advertise the use of a credit freeze, which would ban new lines from being opened altogether. According to Section 604, Part B, Paragraph 3 of the Fair Credit Reporting Act, a consumer is allowed one free credit report from the three main reporting agencies each year. However, bureaus should consider advertising that their services may be of use more than once annually, to properly prevent potential fraudulent charges for those who believe they have become a victim of identity theft.