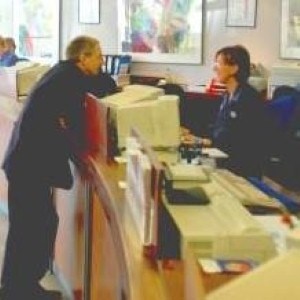 While banks are often a trusted financial institution, the frequency of tellers stealing customer information is on the rise. When dealing with banking transactions, most consumers assume their information is safe, under the care of trusted staff, but that is not always the case. In many situations, they may not be aware their information has been compromised until a debt collection company contacts them. Recently, Columbus, Georgia-based Ledger-Enquirer reported, former Columbus SunTrust Bank staffer Tracey Pearson was sentenced to three years in jail after committing fraud and embezzlement. Initial charges of theft by a bank employee and aggravated identity theft were dropped in December. The indictment indicated that Pearson stole personal information from SunTrust customers for almost two years during her time there, according to the source. In early 2012, former teller Sarah Kwasinskas of Naugatuck, Connecticut, was charged with first-degree larceny after making withdrawals from the accounts of patrons at Naugatuck Valley Savings and Loan. According to the Republican American, records show that Kwasinskas stole approximately $253,000 from 17 different bank accounts in one year. Both banks and consumer credit bureaus can be instrumental in thwarting identity theft if consumers take the proper measures. Credit bureaus offer security measures that include freezing lines of credit and placing various kinds of alerts on a credit report in an effort to catch a criminal before fraudulent charges can be processed. Should an alert be placed, the three major credit reporting bureaus monitor a person's records and alert the client if a large change occurs. Verification would be made in the event of a new line of credit, debt collection agencies are dispatched to recover missing payments, there is an address change or inquires into credit history are made, according to Experian. The Wall Street Journal reported banks are beginning to offer similar types of alerts on their consumer credit card lines, accompanied by security talks. However, the source said some of these bank services have yet to be regulated, represent attempts to fill revenue gaps that the financial climate has caused major institutions, and most services are provided by a third-party security firm.  Because of burgeoning technologies, identity theft is becoming a more prominent problem for Americans. Credit reporting bureaus and lenders may be noticing an increase in consumer communications asking for alerts or further information on the types of preemptive measures available to them.