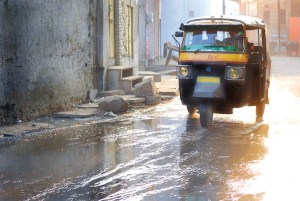 A recent ruling by the Minneapolis City Council will require cabs in the city to accept credit cards beginning June 1. The ruling, which CBS Minnesota points out also applies at the Minneapolis-St. Paul International Airport, means all taxi companies must install electronic card readers into their vehicles. "This rule today puts us on par with other cities across the country and lets the driver know they cannot turn down a paying passenger just because they want to pay with plastic," said councilmember Gary Schiff, as quoted by the news source. Previously, residents who entered a cab had limited credit decisions, as most drivers prefer to use cash since it puts money in their pockets. Schiff, however, feels it's more important that the city's residents are taken care of. "We should be worried about being a hospitable city that allows the easiest way possible for people to get around," Schiff told the Star Tribune. Minnesota now joins New York, Boston, Houston, Los Angeles, Chicago and Dallas as cities with credit card mandates on their cabs. While the decision is representative of forward-thinking technology, some cab companies feel the move will damage their bottom line. According to Yemane Mebrahtu, president of the Minneapolis Taxicab Drivers and Owners Association, taxi companies that pay the banks usually pass fees to drivers - as high as 5 to 7 percent. "People like to use the credit cards," Gustavo Morelos of Ecco taxi company told the media outlet. "But who pays the bank fees? Me. That's the part I don't like." Councilmember Lisa Goodman points out that beyond a technological necessity, card readers in cabs represent a public safety solution, since people leaving bars late at night can't get on buses with credit cards, MinnPost reports. One way to counter the new ruling and avoid bank fees, Goodman suggests, is to offer a discount to riders who prefer to pay with cash. The Tribune points out taxis that accept credit cards without a certified electronic reader also put themselves at risk because they won't know immediately if a credit card has been declined until it's too late. "If you [lose money because the card is declined], the company is not responsible for that," driver Ansumana Soumahoro told the media outlet. "So that's why I decided to buy my own credit card machine."