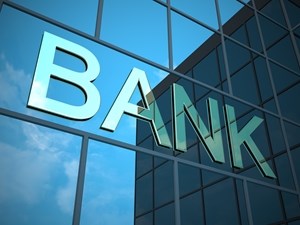 Across the country, lawmakers and financial regulators have been taking aggressive steps to limit the abilities of short term lending operations to function. Despite the fact many Americans have found short term services to be useful financial tools, overzealous policies at federal and state levels have put the financial practice at risk.

Much of the discourse surrounding the short term sector is negative and drawn from inaccurate depictions of the reputable enterprises that operate within the sector. One of the most cited claims by short term lending critics is that the industry is highly unregulated. These detractors tend to argue that the sector is able to charge whatever fees they desire to borrowers across the country. However, data from the National Conference of State Legislatures shows that the industry is indeed highly monitored and regulated.

In fact, the practice is only allowed in 38 states. Also, the maximum value of a short term loan in 23 states is $550 or less, an indication of how regulated the industry is, as very few laws so aggressively limit other loan practices to such modest amounts.

Another erroneous complaint some hold against the industry is that the annual percentage rate (APR) of short term products can reach extremely high levels, sometimes topping 1000 percent. However, calculating small dollar loan rates on an annual basis is hardly an effective way to accurately monitor interest rates. In most cases, short term loans only last a month or two, meaning that an annual percentage analysis is not the best way to determine how affordable these financial support products are for consumers. In 24 states that allow short term lending, there are laws in place that specifically limit the payment terms to under 60 days. Moreover, many of these states have 30 or 31 day loan limits.

It's hard to understand why the short term sector has been targeted so heavily, while many other financial fields do not receive the same level of scrutiny from lawmakers and public officials.

According to USA Today, data recently released by Moebs Services found that it's cheaper to take out a $100 small dollar loan that it is to bounce a $100 check. Moreover, the source noted that 2013 marked the 15th consecutive year in which average bank fees have increased, all while the short term industry continues to be highly confined.

Despite these facts, the discourse regarding short term operations remains the same and officials in New York and at the Consumer Financial Protection Bureau (CFPB) have recently been attempting to further regulate the already limited industry. Potentially, it could deprive Americans of a useful financial service that has helped them through difficult periods in the past.

Instead of promoting falsehoods about the short term industry, banking officials that claim to be dedicated to consumers' rights should be taking steps to educate the public about their financial options. A more informed population will likely make better monetary decisions that could be beneficial for the economy overall.