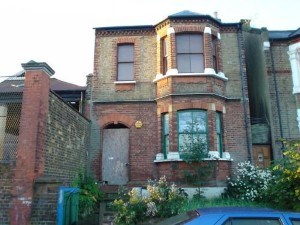 These days, with so many people and businesses struggling to stay afloat during the downturn in the economy, it can be tougher than ever to afford housing. In some cases, the government will give assistance to those who do not have the financial means. And while many feel this government assistance program, known as Section 8, is important to take care of the poor and vulnerable, some have called on lawmakers to add a background screening requirement. One place this debate has come to a head is in Glendale, California, where thousands of people are waiting for their chance to gain access to the funding. The Los Angeles Times reports that officials are considering the idea of forcing the more than 4,000 people getting Section 8 housing through background checks due to the fact there are more than 5,700 waiting for access themselves. In an interview, Glendale Mayor Laura Freidman said that it was important for those who had stayed out of trouble with the law to be entitled to first dibs on the benefits. "We’ve got people on the waiting list who are law-abiding and deserving, and then we have people who choose to break the law," Mayor Friedman told the newspaper. One of the issues, according to the news source is the fact there has been a small amount of turnover and not enough funding from the U.S. Department of Housing and Urban Development. A requirement in 2002 forced those getting federal funding to go through criminal background checks, however there are no investigations done for those who had signed up for the program prior to the new rule. Some members of the city council said the process needed to be done in a way that didn't discriminate against any particular group of people. "We should take the bad guys out and open up spaces for the worthy families, but we have to be fair in all this," councilman Ara Najarian told the news source. Many municipalities have looked into adding background screenings to better ensure qualified candidates are considered. KGBT-TV reports that the city of Rio Hondo, Texas, is looking into possibly adding background checks after it hired a city administrator who had previously been convicted of driving under the influence of alcohol.
Background Screening