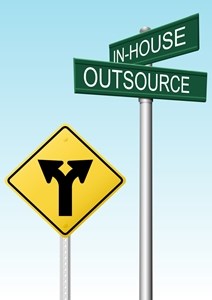 The legal environment associated with pre-employment screening is constantly changing and being challenged by one party or another. When it comes to criminal background investigations for job applicants, the legal landscape is especially difficult to navigate.

Nicholas Casolaro of McLane Law Firm recently highlighted how intense the legal battles can be over criminal checks. He noted that the U.S. Equal Employment Opportunity Commission (EEOC) has adopted an aggressive stance against employers' right to conduct a comprehensive employment screen.

The source noted that the agency has repeatedly claimed the process is discriminatory, as it results in minority job applicants being denied employment. In April 2012, the EEOC issued new guidelines regarding pre-employment screening in which it heavily scrutinized and warned against exploring criminal records. Although Casolaro noted that this guide is hardly legally binding, it has proven to be a strong enough basis for the EEOC to bring lawsuits against various companies.

These aggressive steps have been lambasted by many legal and elected officials, which may indicate the EEOC is overzealous in its policies. In fact, the source noted that as many as nine state attorneys general sent a letter to the EEOC noting that the new screening guidelines are too limiting and provide an example of how federal agencies often overreach when making policies.

That sentiment was backed up by Hans von Spakovsky of The Heritage Foundation. A senior legal fellow for the group, von Spakovsky suggested that the EEOC has been using suspect practices, statistics and claims to make a case against criminal records screening.

He cited a decision made by a federal district court judge in Maryland who threw out a screening case filed by the EEOC against the Freeman Companies as an example of legal jurisdiction against the EEOC.

Despite the case being thrown out, Spakovsky noted that such legal decisions are hardly victories for reputable companies involved in these events.

"Although the EEOC lost this case, the Freeman Companies had to fight an expensive battle against a federal agency - an organization using dubious legal theory, questionable litigation tactics, and unreliable and manipulated statistical analyses," Spakovsky wrote.

This shows that it can be costly to conduct criminal screening without a reputable partner. Instead of doing so alone, companies can outsource criminal checks to a reputable third party known for proficient and compliant screening. Such organizations may be better prepared to address and avoid legal scrutiny from the EEOC.